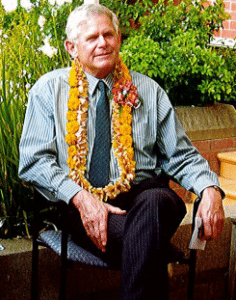 On graduating from Waikato University with a Bachelor of Social Science degree I joined the Probation Service in Auckland. While with Probation I worked in a number of positions including Community Service Supervisor, Senior Probation officer and Student Unit supervisor. In 1991 I commenced as Programmes Manager at Mt Eden Prison which included oversight of the delivery of educational, health, social work and chaplaincy services. In 1999 to 2005 I was employed at New Zealand’s first privately managed prison, Auckland Central Remand Prison, as Offender Services Manager. Following a period as an Operational Auditor with the Department of Corrections I took up the position of Director of Catholic Social Services in 2014, a faith-based service providing easy access to effective and affordable social services to those in need.

Maryanne Hall joined CSS in 2011 and brings a smile to her role here as part -time receptionist.  She is a former Primary School teacher. Married for 42 years to her husband Greg,  she is the mother of four grown sons and Granny to five delightful grandchildren. Maryanne also is a senior Women’s leader in the Auckland branch of the Lamb of God Community of which she has been a member for thirty five years.

Natalie comes from a Social Work and Counselling background.  She provides support services to individuals and families affected by family violence and works collaboratively with the NZ Police and Ministry for Vulnerable Children Oranga Tamariki (MVCOT).  She is fluent in Samoan and works across all ethnic groups, gender and issues.

Education: Completed a Bachelor’s degree in Social Practice (Social Work) and has a Post Graduate Diploma in Counselling.  Is also an accredited Facilitator for Triple P Positive Parenting Programme, completed a Post Graduate paper in Child Development and also in Psychopathology through Auckland University.

She is a Restorative Justice Facilitator and has trained as a CINERGY Conflict Management Coach.

Rose has been employed with CSS since February 2011.  She is married with 2 children.  Her strengths in housing advocacy, working cross-culturally and having an ability to relate to people from all walks of life has prepared her in her role to care and support those in need. Rose has provided Social Work services to the South Auckland community for over 10 years prior to joining CSS.  She serves on the Liston Home Trust Board and a member of the Auckland Catholic Diocese staff contact team.

Susana hails from Mapuche indigenous people, and grew up in the countryside of Chile.  She was recently married to Ezekiel and specializes in helping people from the Latin American community.  Prior to joining CSS in February 2011, Susana worked (Chile) as a psychologist, supporting families and children in poverty and social risks.  She also worked with the Latin American refugee and immigrant families in Auckland. Cabrini is working and providing services from CSS Otara, South Auckland location, since December 2011. She has a solid background in psychotherapy and counselling in individual and group settings, theology, spiritual direction and group facilitation.  She is fluent in Fijian, Tongan and English and a Cross Cultural Tutor ( AUT, H.D. & T, St Johns Theological Institute).  Cabrini has facilitated and co- facilitated groups in Stopping Violence, Anger Management, Positive Parenting, Transitioning from Island Life to New Zealand Life and Managing Strong Emotions over the last twenty years.  She was awarded Pacifica Excellence award for Education in the Community from the University of Auckland (2006). Ruth has spent the last 12 years since completing her training, working in the Panmure and Glen Innes communities, the last four of these years also working in South Auckland, based in Manukau.  While in Glen Innes she co-facilitated a psychoeducational group for women.  She now works in Otara, South Auckland.  The last four years have also been as a Family Court approved counsellor, working with couples, and individuals as a Domestic Violence approved counsellor.  She also has experience in Mental Health, facilitating psychoeducational groups for those with long term, severe mental illness.

Prior to this she was involved running school retreats for secondary and intermediate students as School Retreat Director.  This work was both within New Zealand and Samoa.  I taught for three years in Samoa and have done some relief teaching within New Zealand.

Member of: New Zealand  Association of Psychotherapists and an ACC approved counsellor for working with survivors of sexual abuse.